MONTICELLO — Starting with the installation of wood-burning boilers in 2009 and 2010, Allerton Park and Retreat Center has made a commitment to renewable energy as it makes progress toward a goal of being carbon neutral by 2035.

Since that first boiler was installed 13 years ago, the park has also put in three solar arrays, which provide most of the power to five buildings in the Visitor Center Com 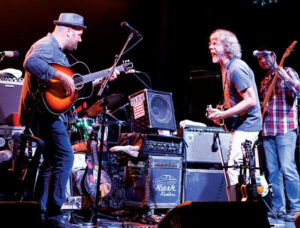 The power of the sun also provides energy to utility boxes in the Meadow, meaning that concerts held there in recent years were actually solar powered.

usage, providing renewable energy at the Gatehouse and Evergreen Lodge.

Eventually, a larger energy project will get the park to carbon neutral. In the meantime, Peterson said more small-scale efforts will continue.

“We will go back to the drawing board a little bit and look for smaller projects that have smaller impacts, but we do a lot of them. So that equates to a big impact,” he said.

Those include envelope-sealing efforts such as adding insulation to buildings.

Here are some of the projects Allerton has undertaken over the last decade-plus to reduce its carbon footprint.

—SOLAR POWERED MUSIC? Did you know that the Sam Bush and Jerry Douglas concert in the Allerton meadow five years ago was partially solar powered? Solar arrays at Allerton power buildings, charge golf carts and hand-held power tools, and feed the outdoor power boxes on the meadow. 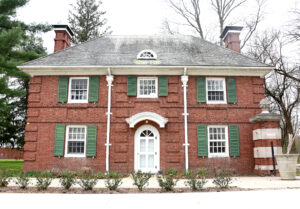 —GEOTHERMAL ENERGY IN USE: Another effort is an underground geothermal field which provides power for the Gatehouse. Geothermal methods are considered renewable because they use deep wells to provide heat produced continuously inside the earth. Geothermal also helps power the Evergreen Lodge.

—WOOD POWER: Two wood-burning boilers located near the Allerton Visitor Center complex, installed in 2009-2010, were one of th

Visitor Center complex woodburning boilers — The first boiler was installed in 2009 and the second one was added in 2010. With their operation we have reduced our natural gas consumption by around 60% annually.  Buildings include the Greenhouse Café, Regency/Visitors Center, car shop, paint shop, and maintenance shed.

Evergreen Lodge geothermal system — This system was installed in November of 2011.  It replaced a very old and inefficient system with electric baseboards heaters for heating.  With its operation we have reduced our electrical use for that building an average of around 30% annually. 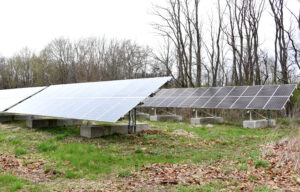