Search Results for: Artist in Residence 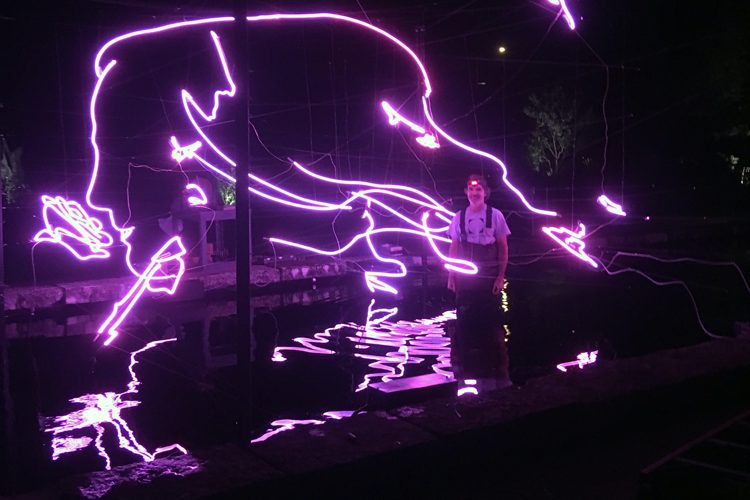 We recently announced that Allerton’s inaugural In Residence Program would begin this winter, thanks to generous donations from donors, Joan and Peter Hood and Dana Brehm and Larry Baumann. (Read the full announcement here.) This March, John E. Bannon, Chicago-based multimedia artist/educator and University of Illinois alumnus, will begin his journey as the inaugural resident, living on-site to fully engage with and seek inspiration from the art, history, and nature of Allerton Park. Bannon … END_OF_DOCUMENT_TOKEN_TO_BE_REPLACED 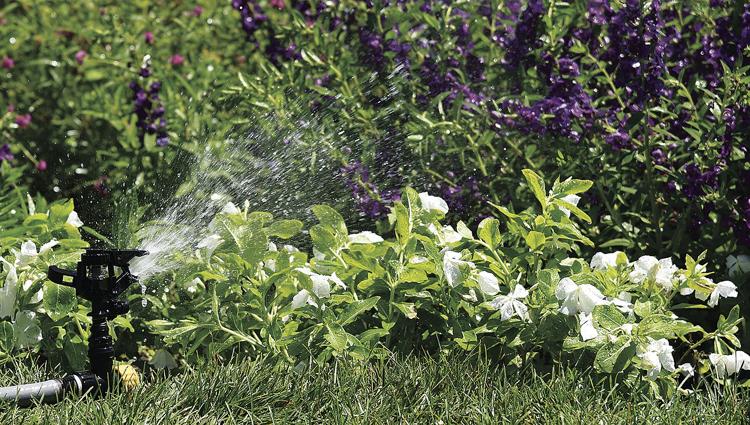 "As for what was accomplished during 2019-20, the Park’s Director gave a lengthy list during the annual report. It included a complete redo of the Triangle Parterre Garden, gazebo restoration, a renewal of the annual garden, installation of accessible walkways around the perimeter of the Brick Wall Garden, and new furnishings in some Mansion guest rooms.... Next up is the conversion of the former Ice House near the Visitors' Center into an artist-in-residence facility, with the goal of melding … END_OF_DOCUMENT_TOKEN_TO_BE_REPLACED

Director Derek Peterson addressed community members at an informal "State of Allerton" address in the Mansion's Library on June 4, 2019. "There is plenty of work that awaits Allerton Park and Retreat Center staff each and every year as it maintains the 1,500-acre facility and 100-plus year old buildings. At the same time, officials continue to make progress on dreams spelled out in the 2015 master plan. Park Director Derek Peterson told interested parties in an annual update on June 4 … END_OF_DOCUMENT_TOKEN_TO_BE_REPLACED

$10K–$50K ALLERTON ENDOWMENT: The Allerton Park Endowment was created in 2015 as a necessary supplement to the endowment Robert Allerton left the University of Illinois. As it grows, it will create a reliable, sustainable source of funding for the Park – forever. Your gift as a Sun Singer’s Circle ($10,000) or Founding Member ($25,000) will grow the Endowment and ensure the long-term care of Allerton.  ALLERTON FUND: Your current use gift will have an immediate impact in the … END_OF_DOCUMENT_TOKEN_TO_BE_REPLACED

Monticello – Allerton Park and Retreat Center has announced that Lodgic Everyday Community will be the presenting sponsor for their second annual Prairie Sky Music Festival, to be held September 7-8, 2018. The family-friendly festival featuring music, vendors, activities, and camping will be held at Allerton Park, 515 Old Timber Road, Monticello, IL. The sponsorship agreement comes as Lodgic prepares the grand opening in June for its Champaign-based facility offering shared workspace, flexible … END_OF_DOCUMENT_TOKEN_TO_BE_REPLACED

Thank you for considering a gift to sustain and promote the legacy of Robert Allerton! Gifts from our Friends of Allerton are critical to improving the Park, and now you can also donate toward specific initiatives that YOU are most interested in supporting!To make a donation in support of a specific item, please specify the item(s) under “Special Instructions” when you make your gift online. Or, contact Mindy Brand at brand@illinois.edu or 217-333-3287. Click on the section you are … END_OF_DOCUMENT_TOKEN_TO_BE_REPLACED

MISSION: Sustain and promote the legacy of Robert Allerton Park and engage and enrich the University of Illinois community and the citizens of Illinois in nature, arts, and landscape ecology. VISION: To inspire the community to utilize and value nature, history, and the arts through accessible and sustainable programming, research, and facilities. (Find COVID-19 related updates and closures here.) Built as a private residence by artist and philanthropist Robert Allerton in 1900, Allerton … END_OF_DOCUMENT_TOKEN_TO_BE_REPLACED