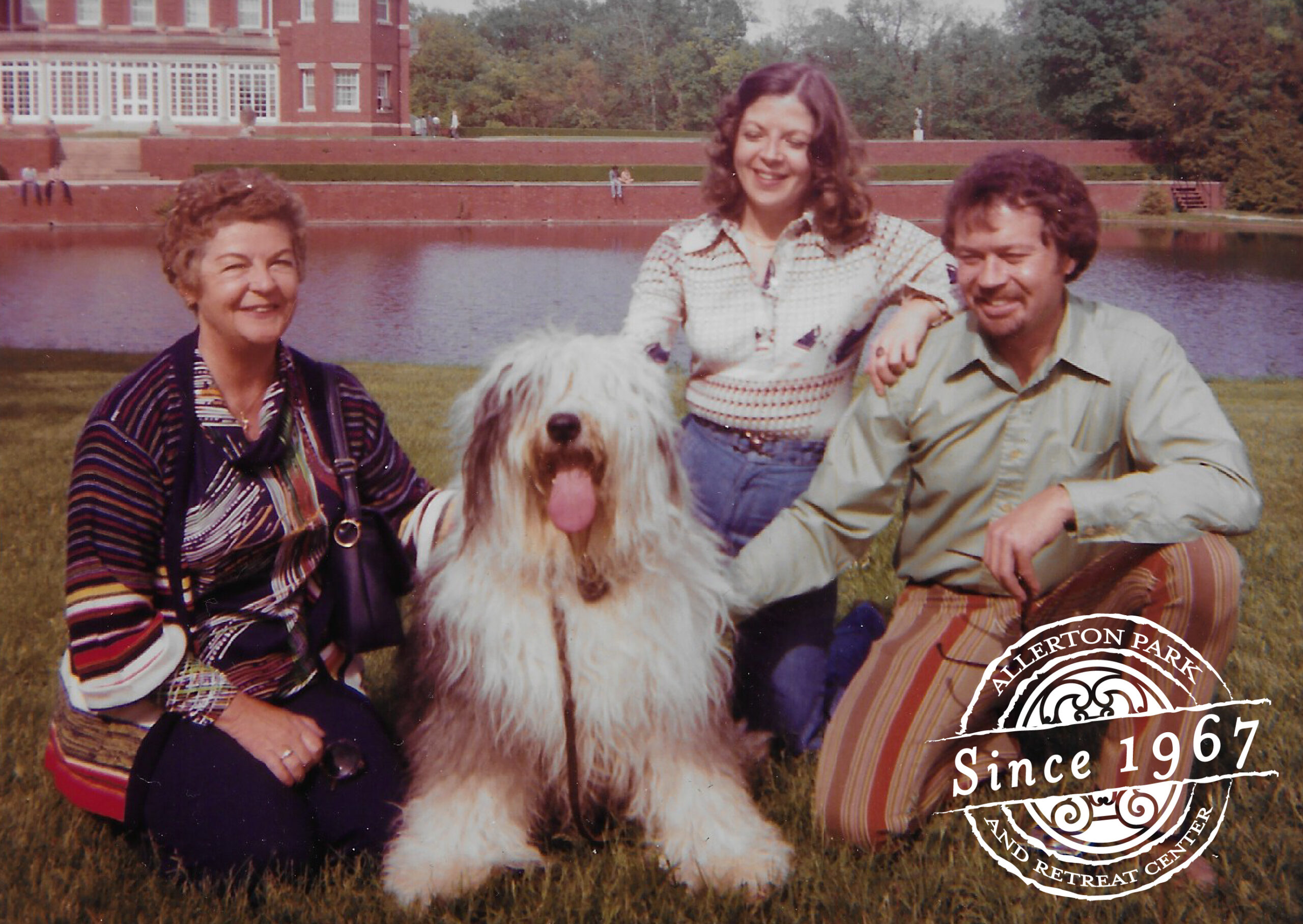 Terry joined the UI faculty in 1967. In those early years, his Division at the University held its annual Christmas party at the Allerton Mansion. In subsequent years, Terry attended numerous U of I events at Allerton, that included several overnight stays. Later, after Judy and Terry first met in 1977, Allerton became a favorite place to take visiting family and friends. In April 1978, Judy’s Mom and Aunt traveled from Winnipeg, Manitoba, Canada to Champaign to “check Terry out.” We took them to Allerton, along with our Old English Sheep dog, Sir Winston Shadwick. More recently, our “kids” who now live in Denver, CO, hosted an 80/70/40 event at the Allerton Mansion to celebrate our birthdays and anniversary. What a truly memorable event that was for us and our guests!

Visit the Since 1946 homepage here. Share your story here.