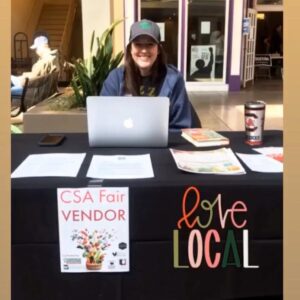 Ann Swanson
Ann spent most of her career as a farm to table chef working with high-profile chefs in the southeast. She and her high school friend, Nate Beccue, Natural Area’s Manager for Allerton Park and Retreat Center, founded the Forest to Mansion Dinner in 2013, taking Ann’s culinary experience and pairing it with Nate’s extensive knowledge of local edibles.

Ann created and currently runs a 10-acre vegetable farm west of Champaign for Hendrick House, a company that provides dining services to University of Illinois, Parkland College, Carle at the Fields, Rose Krantz and many more locations. Her focus is food reform, reduction of food waste, and farm to school. She has partnered with Champaign Urbana Schools Foundation, Unit 4, Unit 116 and DREAAM House to promote community out-reach. 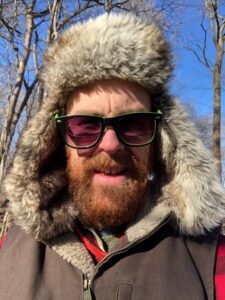 Jeff Hake
Jeff owns and operates Funks Grove Heritage Fruits & Grains alongside his wife and brother-in-law in McLean, Illinois. They grow heirloom varieties of small grains, corn, and fruits, as well as foraging in the old-growth forest of Funks Grove. In partnership with Funks Grove Pure Maple Sirup, they make and sell an ever-expanding line of food products made entirely with their crops and other local ingredients. They are passionate about sustainable farming and the local food system, and hope to someday open a Route 66-style diner in Funks Grove, offering classic breakfast and lunch plates with all-local ingredients. 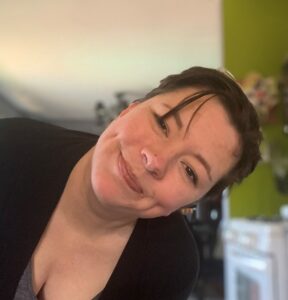 Sarah Pierson
Sarah is currently the Executive Chef for Hendrick House at Carle at The Fields.  With her degree in Food Science/Nutrition complete, Sarah began her culinary career with her friend and mentor Alisa DeMarco at The Great Impasta.  After Culinary School in Las Vegas, she came back to work with Alisa again at Prairie Fruits Farm, for nearly 10 years. From PFF, she also worked at Esquire, Bacaro, Sun Singer, for Chef recruiting, her own personal chef business, and now Hendrick House. Sarah loves working for local businesses, owners, and loves the freedom that local business provides for creativity and choice of ingredients.  Local food, is one of her passions – teaching her team the importance of supporting local farmers, the many options of preserving local food, and appreciating the hard work that it takes to get farm fresh food in front of all people.  Even in cafeterias! 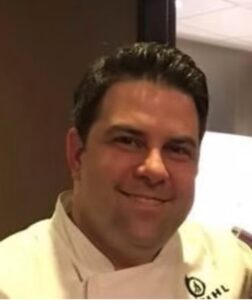 Chris Alwes
Chris has spent a majority of his life living in the Champaign area. Graduated from Centennial High School and attended Parkland and UIUC to study music. He currently resides in Clinton and is the General Manager of What Chefs Want! A full service, upscale food distributor that prides itself of focusing on small artisan producers, and serving the best independent restaurants in 10 states. Chris is a self-taught chef, having found a passion for cooking at a young age. With the influence of his mother, he was always in the kitchen helping out. Chris’ first restaurant job was as a dishwasher at The Ribeye at age 15 and fell in love with the industry. Chris fell into a great opportunity to cook at Timpone’s Ristorante while attending UIUC, and under the tutelage of Ray Timpone and Jim Takantjas, Chris became their kitchen manager and absorbed as much knowledge as possible before moving onto become the Executive Chef at Crane Alley in Urbana. Having opened, and developed, the restaurant he then became the Executive Chef of Urbana Country Club before accepting the same position at Lincolnshire Fields Country Club where he stayed for almost nine years. He rejoined the public sector and was the Executive Chef at DESTIHL in Downtown Champaign for five years before COVID came along and expedited his next chapter in life. 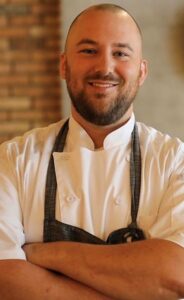 Blake Biggs
Blake is the Chef de Cuisine at Epiphany Farms in Bloomington, part of Epiphany Farms Hospitality Group. Born and raised in central Illinois, Blake is passionate about using local ingredients to showcase the flavors of the area. After graduating from culinary school in Indianapolis in 2010, Blake returned to central Illinois and was previously the Sous Chef at Bacaro and Chef at Miga. 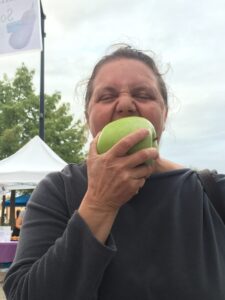 Heidi Leuszler
I grew up the daughter of parents with wanderlust who believed that culinary experiences were among the best ways to know a place. We harvested wherever we lived; mangos in Florida, morels and mustang grapes from the back acre in Missouri, wild strawberries and holly grapes in the Colorado mountains, and chokecherries in North Dakota.  We traveled the world, dined in people’s homes and ate from hedgerows & tidepools & local markets. As we moved through a delicious world, my mother taught me to preserve seasonal bounty, and be adventurous with flavor pairings from the myriad of places I have lived and visited.

My husband and I purchased a home on 7 acres of rich loam soil, and we promptly planted native prairie , trees, and wildflowers, an orchard, berries, asparagus, and a “Midwest Hedgerow”. I now prepare seasonal dishes based on what grows in the backyard and on local farms.   As a professor of ecology and botany at Parkland College and University of Illinois, I have continued to learn more about native plants, ethnobotany and agriculture. All of these experiences have helped me to become an advocate of food security based on a local food supply.

I started a small bakery that is the synergy of all of these passions for me; culinary skills, ecology of native landscapes, growing of plants, foraging for wild foods, and teaching people about the plentiful Midwest land. 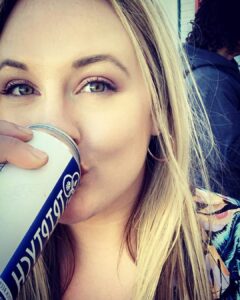 Whitney Braddock
Whitney is a brewer at Triptych Brewing Company in Savoy, Illinois, and has worked in the craft beer industry for 7 years. Her previous experience working with cask-conditioned ales gave her the opportunity to source ingredients from local farms and push her creative boundaries for one-of-a-kind specialty brews. Whitney is always excited for the opportunity to partner up with people who care about locally-sourced ingredients, fun flavors, and unique experiences.